Ms. Early New is from Taiwan and recently came to visit the store, leaving us with her one and only CD. Originally released in 2008, Ms. New wrote all of the songs, plays all of the instruments (mostly samplers & synths & bits of guitar), does all of the singing and produced it herself. I didn’t know quite what to expect since we rarely meet musicians from Taiwan but I was most surprised. First surprise is that Ms. sings in English and has obviously listened to pop music of the past. The opening song is called, “Let it Go”, and it is most melancholy and haunting and rather quaint. Ms. New seems to be singing about not being what folks expect and showing us the secret if we embrace her music, Her soft, sad voice and somber Casio-like keyboard are most charming. Ms. New sings in what sounds like Spanish for parts of “Hey Joe”, which has a lovely samba-like groove at times and ancient-sounding, mellotron-like strings as well. There are a new short instrumental bits which include layers of synths interwoven in a most hypnotic way. All of these pieces are short yet mesmerizing, so a full CD of these would be worthy of our time so… These are bridges into the next vocal songs. Ms. New’s words are often like odd puzzles, about the mysteries of love or trying to figure why life is the way it is. Overall, there is something most enchanting about this subtle gem. The unfussy, quietly psychedelic production recalls Kramer at times. If this sounds like your cup of tea, then grab this disc before Ms. New disappears back to the Far East. 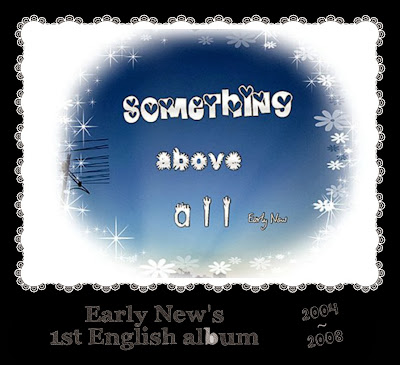 This is an album that EarlyNew has self produced since 2004 through the years till 2008. It's the first serious work in her consideration for that EarlyNew had made all creativity efforts to achieve it to what it could be. She writes all her songs in this album as well as arranges the whole compositions. She does the engineering work, and supervises the final printouts from the pressing factory till shipped to the stores. It has been a super challenging process through the production journey for EarlyNew to rewind back to who she was before she hopped on such an adventure. From innocence to complication, and now it's about time to go for a reverse direction to rewind back to the cheerful innocent and naive days again, in her hopes.

While girls were dating and taking care of their daily fun, her beautiful youth time were spent on music production the whole days and nights through the years. Yet she did not narrow her mind to compare to anyone else, but just sincerely loves what she had done and regards this album Something Above All a musical milestone, with a profound satisfaction to her inner happiness, although her energy level was greatly lessened quite much after the overloaded minds and brains use for pursuing the premium quality. To achieve a highly appraised indie album was always her goal, but that appraisal needs to come from her recognition first, not from anyone else. EarlyNew sets that hurdle really high and tried to jump it over. She thought this is a responsibility to her own music attitude, also to the people who keeps her music as belonging one day. No trainer, no partner, and she could only battle with her own perfection nature to get it a go. 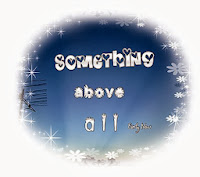 Back then it was struggling to call it a stop because she herself could not decide how good an album could reach. But time was a best friend, who helped her danced though the notes and melody with intensive listening task done in her own engineering room, in the tiny rented house. Yet she is now in a blissful mood to realize there could be a meaning meant for her to do so. Instead sitting there grumbling, she created her own music world from the scratch zero ground to the tangible world she could see now. She felt amazed!

It ever occurred to her that she did not appreciate the hard work accomplished in mid-2008. She just needed to take a break. The energy level was low and had to be cultivated in time. She once asked why go through all these in a less easy way that goes contrary to her nature, since she was totally not a computer-savvy person since beginning. Yet no matter what she now appreciates her own hard work so as to move on to the next. She wants to thank herself first in this endeavor she made to the album, no matter how. 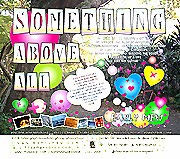 She now believes in this album Something Above All, and such a confidence comes from her own perception first. If music lover wants to keep it on the musical collection list, it's available on Amazon online, also in record shops such as  Downtown Music Gallery (Click! to buy) . Currently cd buyable only. 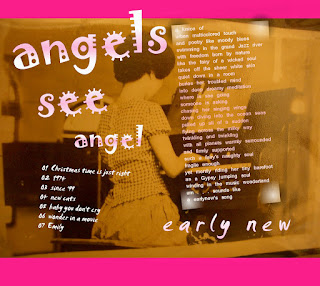 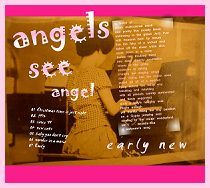 The songs compiled in the album ANGEL SEES ANGEL were produced at the same time together with the reportoire in the album SOMETHING ABOVE ALL back in 2008. Early decided to release SOMETHING ABOVE ALL at first, then keeps ANGEL SEES ANGEL in a quiet place for many years. Since FAT TREE PAPA MOUNTAIN GROUP as her invisible label had independently released her first album SOMETHING ABOVE AL, the label's spirit in some ways has been fulfilled to Early's original thought. She is happy and grateful that even though there are ups and downs along the way, the effort to self-release an album is still leaving the footsteps to make Early's music visible, after all. 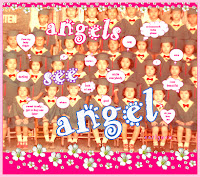 FAT TREE PAPA MOUNTAIN GROUP, while keeping Early's original spirit to release her first album on her own, totally and utmostly, actually has the following thought too, to want to keep it open for collaboration. If you as a music lover, having the same thought and interested in releasing her second English album ANGELS SEE ANGELS, please contact the invisible FAT TREE PAPA MOUNTAIN GROUP. Warmly regards. ( Email : earlynew@gmail.com )

The online listening for the reportoir of ANGELS SEE ANGELS is linked,

If you want to keep this CD album,there are three ways getting it


At the current stage, there is few physical music stores that have Early's CD stock. If you live in North America region, may contact DMG music store / Mr. Bruce. The record shop is located in New York area. You may visit the shop in person to get Early's CD.

Search " Something Above All " in the search box. The CD Review will pop up.


If you want to buy the CD album SOMETHING ABOVE ALL directly from EarlyNew, may write the email to : earlynew@gmail.com  ATTN: Early New, contacting the invisible label FTPPMG, and there will be discussion with you on how the Physical CDs can be delivered to your address in your favored way! 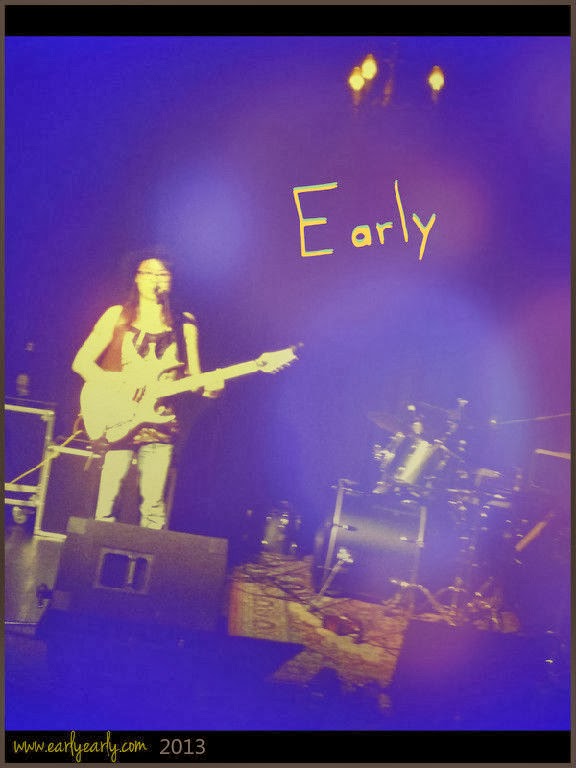