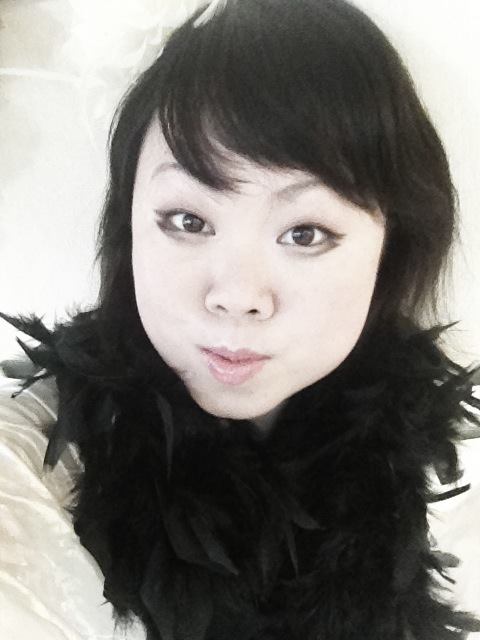 ~ About the singer songwriter ~ 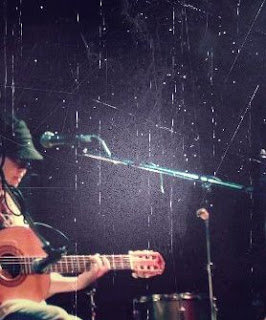 Early New is one type of artist/musician following her own pace in most of life aspects. She did not come fast, seemingly a bit self indulgent in her own realization of what the world could be. She had taken quite some time to self-learn to convey pieces of her to people around simply by words, moving into the realm of being an efficient talker one day - as she hopes for.

Getting nearer to watch what a general shape she is made about, description below can bring up some picture of hers.

Since child, EarlyNew learned some very basic piano lessons. After then, as she could not remember at all, that lesson was off and gone. From adolescent hood till late teens, she did not touch this hobby at all. Yet meanwhile, she began to listen to many great Jazz albums - that was a point when she was delightfully drawn to sophisticated music scenes - which turned on the fire inside that drove her to want to re-learn piano.

Quite some stories occurred during this period when she searched for being capable of playing the music she loves. Anyhow, she did take one or two piano lessons, but it was either she did not feel right in that learning class, or some things took her time off again Soon then this pursuing was postponed right away and even for quite several years she was disconnected with the shiny piano set due to some life factors. 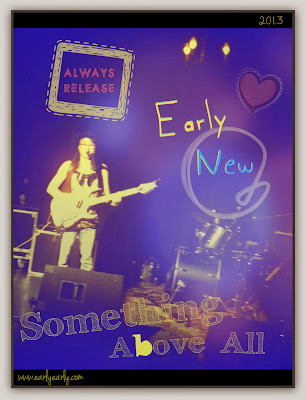 Until 1996, unknowingly, she all of a sudden had a desire to learn guitar. At then the one she picked up was a classical  one, and also started to learn from a flamenco guitar teacher for seven lessons - yes 7 hours - one hour per class, 7 times she took - then however, just soon again, she had to relocate to another city and had to leave that place where she took her guitar class after the very seven lessons - therefore this guitar learning experience from a pro teacher was postponed.

And yet, though, she still strummed the strings from time to time as a hobby back then. And right as from this time period, she started a self learning journey in having basic guitar skills to a better extent. One reason for this self-pioneering journey possibly is that she did not get a chance or make the time to meet up with a teacher in the city she moved afterwards, and the other reason could be that she seemed to enjoy the self strumming fun on the strings, just freely and spontaneously.

Then, later on, around 1997, she started to compose her first song with guitar. 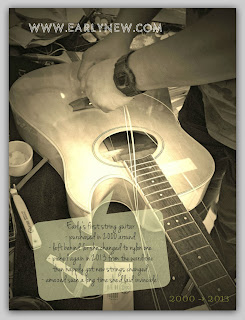 The embarking on of songwriting and composing

That guitar composition journey was embarked around 1997-8. Oh, no. Actually her first music composition was made very early already while she took the piano lesson, which was composed on a piano in around 1991. However, that only and very ancient composition of Early's piano work was simply missing in the lost times. And, , does she write any song even earlier? She seems not to be sure and remember. Yet officially, it was since 1997 then she consistently started to write till now.

So there she goes - she continued to compose by guitar, and ever since then, quite a couple of songs were created in her leisure time at her tiny home base, just after her daily work life in the concrete building. Most of songs from her album Something Above All and Angels See Angels were composition written around then. Most of songs in these two albums were well kept in her mind, and not prepared to be placed into recording yet , until the winter time in late 2004. 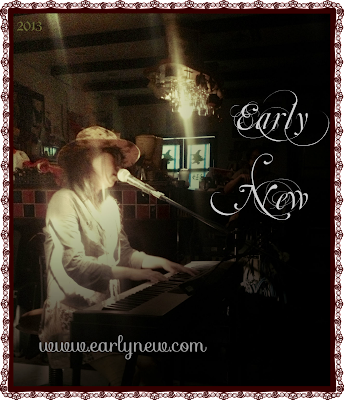 This is a pure personal journey that EarlyNew heartedly participated for all dimensions in one and the only music project in her life so far. That was thrilling. She took the risk doing it all. To her, it meant some achievements on the promise she made back to the symbolic season - winter 2004 - She set it off from that cold winter times, and took the roller coaster afterwards, then ultimately had that goal realized - It was crazy to a naive mind of hers.

Each role in this roller coaster journey has never been one she expected to be while looking back at the the origins of who she was - Has that meant life is about what challenge one choose - ? Or simply a chocolate box to be picked from with whichever flavor to be known -

First she performed in her local area around 2001-2003, off and on, with a loose reporter, then soon she decided to delve in the recording process to keep her original songwriting works down -

From that on, her role started to shift from not just a singer/songwriter, but also an engineer in steering up her songs' altitude toward an even more challenging status - and that role as an engineer for her own works, was a most brave thing she ever did so far in her individual recording history - even though it might not compete to the pro standard in modern recording society. 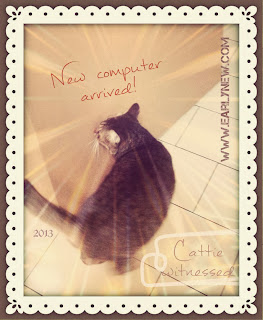 Later on for several years, EarlyNew began to compose instrumental music. Among them, some of which are compiled in the album Traveler Take It Easy - a tribute album to her beginning stage of composition works. Apart from the stories this album had told through the songs repertoire, the pure instrumental music recorded in low-fi surroundings, being frozen eternally in that digital format, delivers a sense of lo-fi fun as it seems.

Besides writing songs pieces, instrumental music is also the fondest enjoyment in EarlyNew's music joyride. Tracing back, the influence from world music, guitar music, or ensemble music must have brought her a magic feeling that usually calms her or excites her to various wonderlands.

About the low-fi works being selected into the compilation of the album, there was a process of self doubting going on in EarlyNew's mind at a earlier time.

Till her composition ability had grown more mature, she absolutely knew about what a good music recording workpiece should sound like sonically - -

Sonic expression to the extreme is how EarlyNew has always be thrilled while listening good instrumental music - this influence actually set a standard there for her on how her original instrumental music shall be recorded, which she awaits a good circumstance and a good timing - EarlyNew realized every artist shall follow what's given to him/her in one's particular living circumstances.

She did not feel degraded anymore in the sonic presentation of the album Traveler Take It Easy,recorded back then during 2003 through 2007, once she realized how she's been also blessed for making the pieces of instrumental music of her very own style, some little pearls. 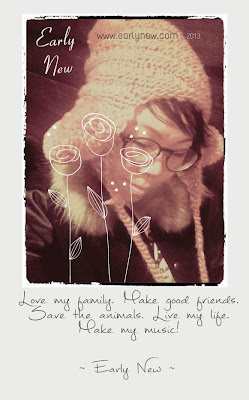 It seems the very first musical inspiration of EarlyNew's very own, comes from a tiny radio set that was once laid aside in that small attic space where she lived since childhood, and that radio set actually brought her to be immersed in all music.

That radio, that accompanied her since little, was a wind that started it all -
By reminiscing, those little root of various styles of music have landed in her body cell ever since then, and hidden well remaining undiscovered just until some unexpected findings came up -

Mr. Stevie Wonder is a music legend beyond words to describe. Now only his music, but most importantly his spirits also has been a great influence to EarlyNew Since her spontaneous delving into the music land!

Can we say it now - hush, hush, hush - that a little little, or big enough - dream of EarlyNew's is to sing with Stevie Wonder in a concert one day - - ~ OMG ~ 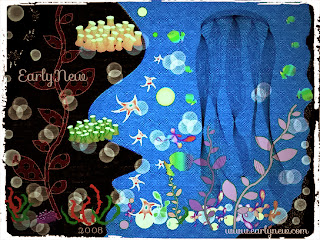 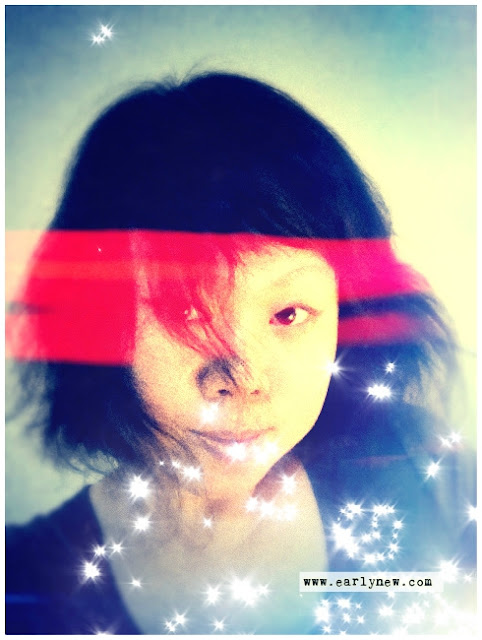 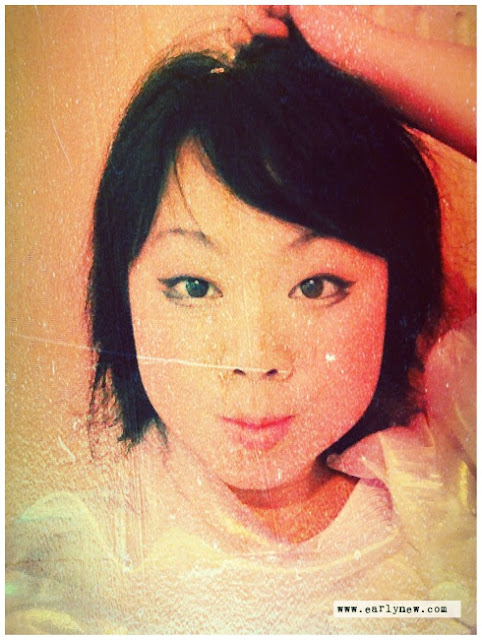 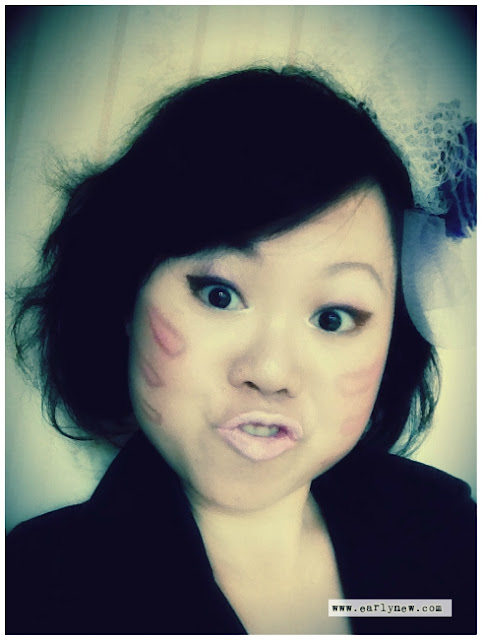 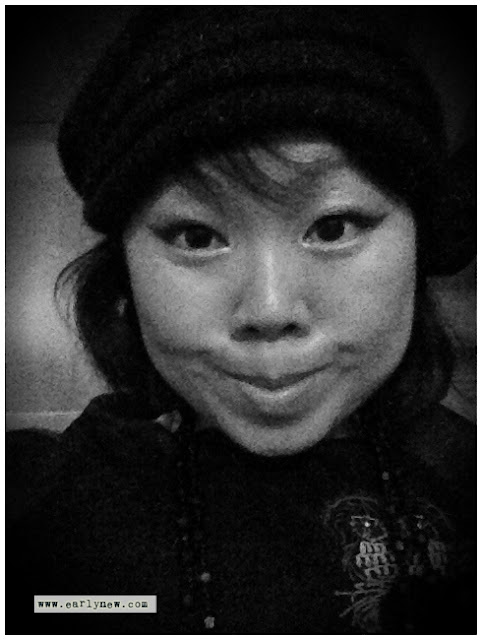 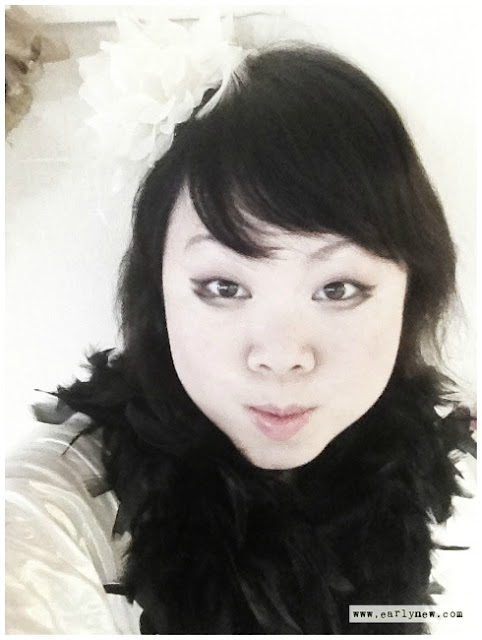 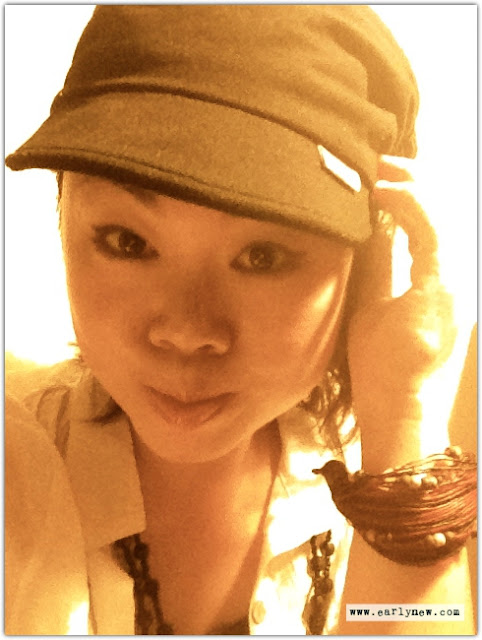 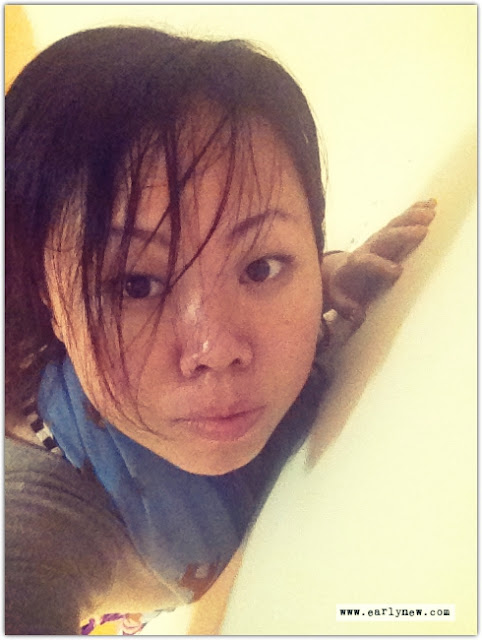 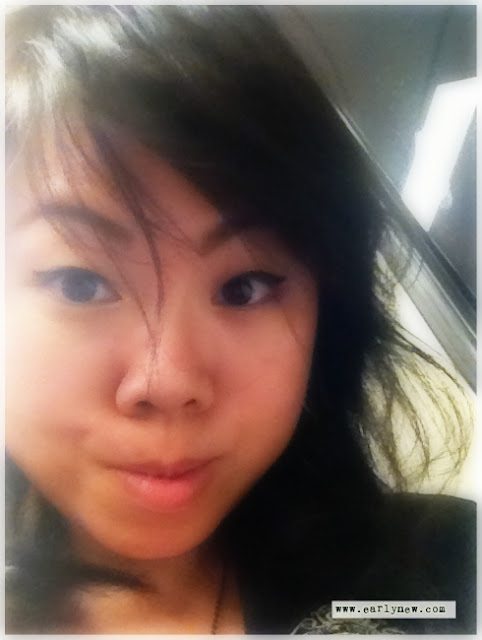 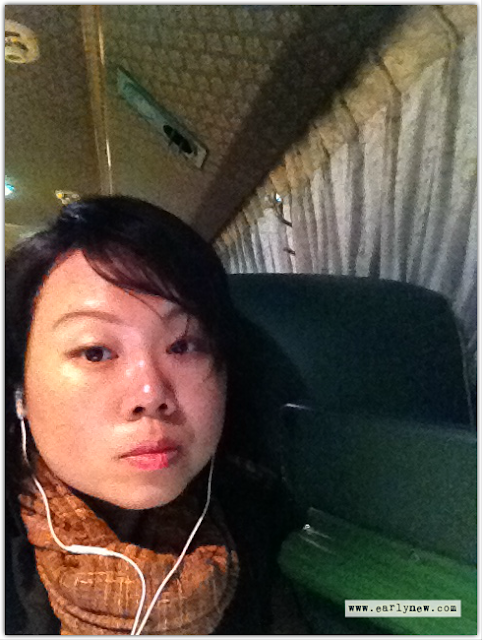 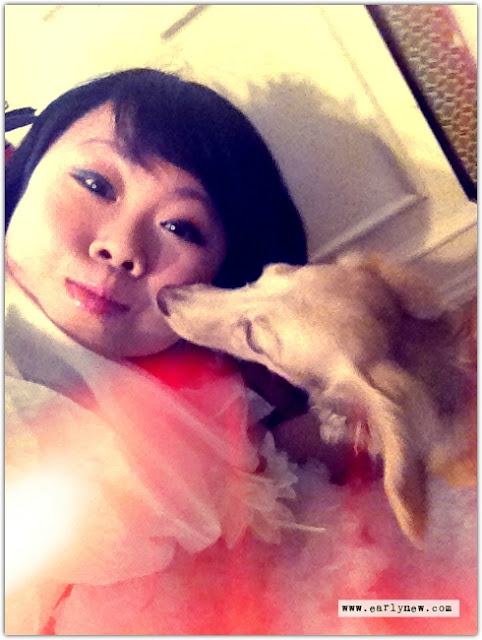 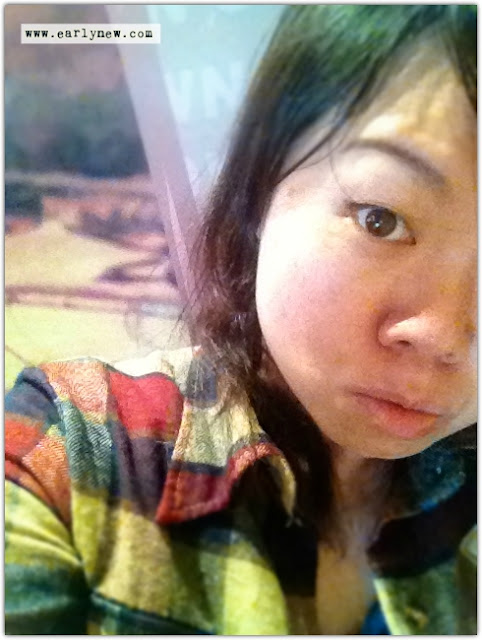 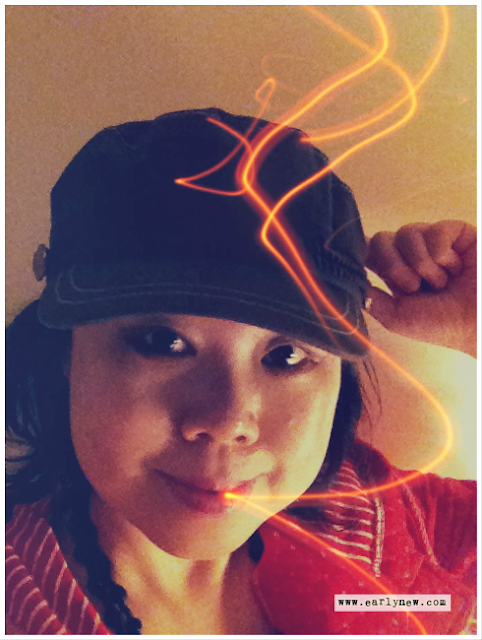 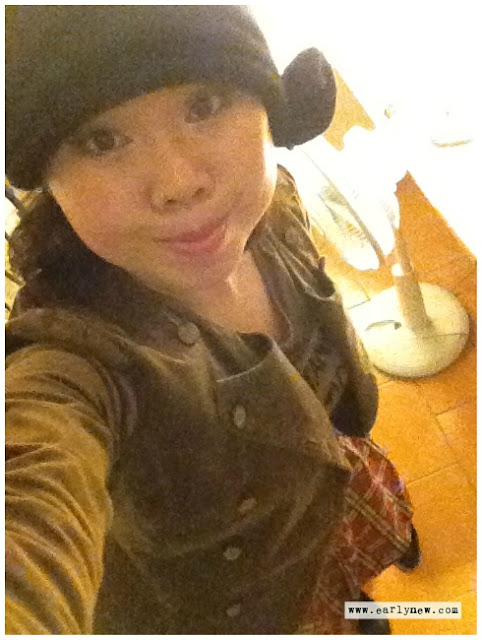